Oscar Chimfwembe and Chama Stephanie Mambwe were joined in matrimony on the 22nd July, 2017. The wedding ceremony was held at St. Ignatius Parish Church by Fr. Joe Keaney. The Church choir sung beautiful songs during the ceremony. The service preaching was short and precise. After exchanging vows, Mr. Chimfwembe unveiled his wife and He KISSED Her. The couple exchanged the rings as the sign of their love. Then they read a prayer together as the first thing they did as married couple. Then volunteers read prayers for the newly wedded couple. Later, they signed their marriage certificate. After the marriage ceremony the couple released the doves out side at the church.

The reception Hall was well decorated and well illuminated. The master of Ceremony was Jimmy Kumwenda. The live band was provided by Amayenge Asoza and they entertained the guests with their songs and dances. The guest of honor was Alexander Chikwanda the former Minister of Finance in Zambia. The couple were encouraged by the speeches from their family representatives and that of the guest of honor. Verxel Arts preserved this memorable event and we wish Oscar and Chama ALL God’s blessing in their marriage. 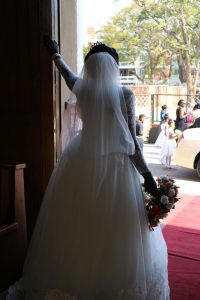 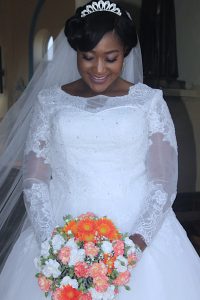 Stephanie Mambwe holding her flower bouquet on her wedding day. 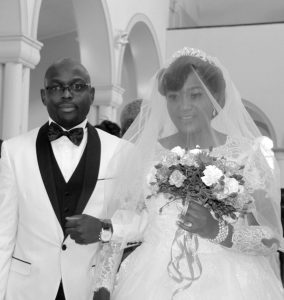 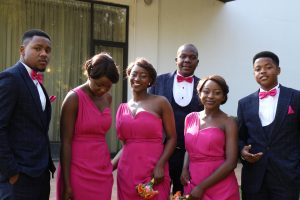 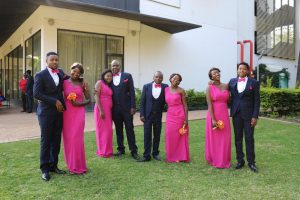 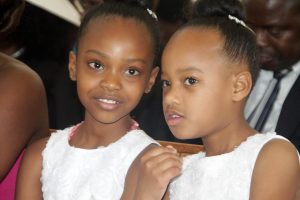 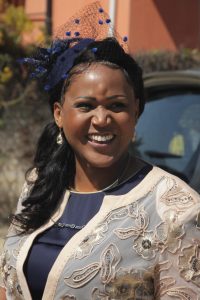 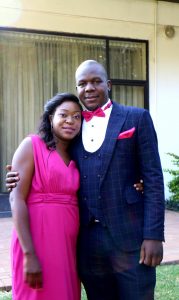 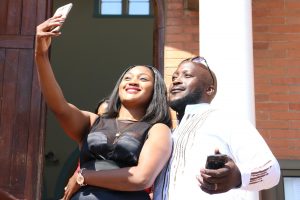 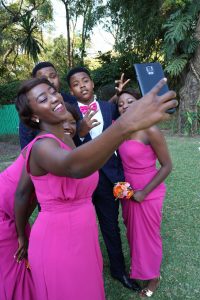 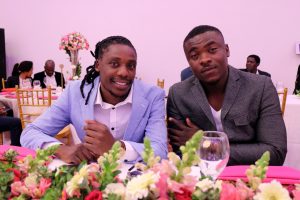 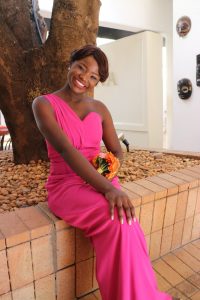 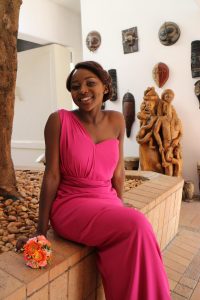 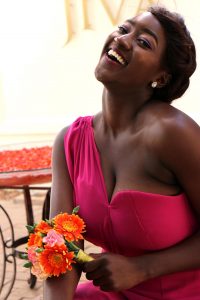 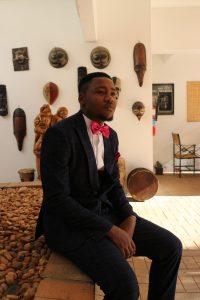 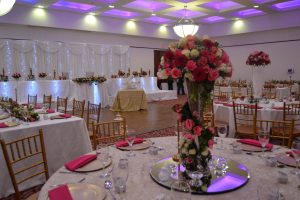 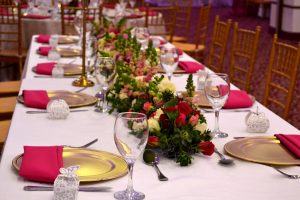 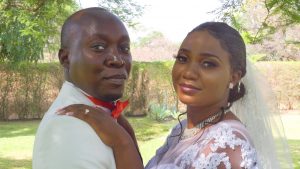 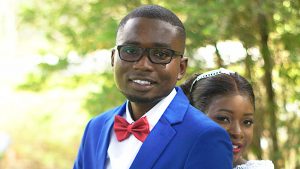 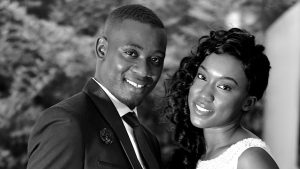