Lweendo Hachamba’s Kitchen Party was held on the 25th March, 2018 at the 3Sixty Convention Center. It was a kitchen party with the difference. Ms Lweendo was brought into the venue covered in a Chitenge. Mr. Twaambo the groom was escorted in by family and friends who showed him ‘support’. Then he rolled the chitenge to unveiled her. The Matron surprised the bride when she asked the groom to read a devotion to the bride. Later the groom prayed at the kitchen party. The two exchanged the gifts and the bride escorted the groom to the exit. They danced the way out. Ms Lweendo was blessed with various kitchen ware gifts. 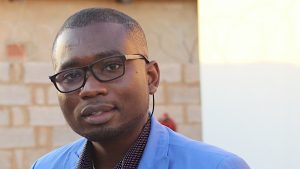